How an American billionaire predicted — and then profited from — the U.S. opioid epidemic. 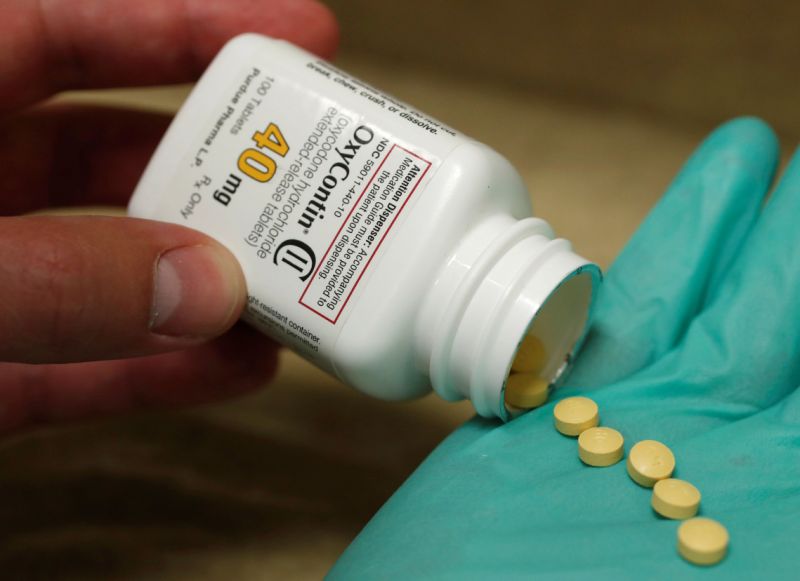 Posted by lifeinsight No Comments on How an American billionaire predicted — and then profited from — the U.S. opioid epidemic. Uncategorized

How an American billionaire predicted — and then profited from — the U.S. opioid epidemic.

Clarification: A previous headline for this article stated that Dr. Richard Sackler predicted the U.S. opioid epidemic. We’ve changed the headline to reflect that Dr. Sackler’s 1996 speech specifically predicted only the rapid rise of Oxycontin prescriptions.

The opioid crisis has ravaged through the U.S., taking hundreds of thousands of lives and costing the country an estimated $37 billion.

Much of the blame has been placed on pharmaceutical giants for aggressive marketing of prescription opioids and the FDA for lack of regulation. And certain companies made big money off the opioid boom — perhaps most notably OxyContin-maker Purdue Pharma.

‘The prescription blizzard will be so deep, dense, and white…’

Purchased by Dr. Raymond Sackler and his brother Mortimer Sackler in 1952, the company that would become Purdue Pharma started as a NYC-based pharmaceutical firm and evolved into a family-owned behemoth over the next few decades. The company’s big break came in 1995 when the FDA approved its drug OxyContin, the first formulation of oxycodone with dosing every 12 hours instead of every 4 to 6 hours.

Dr. Richard Sackler, Raymond’s son and a Purdue Pharma board member, told a 1996 OxyContin launch party to “imagine a series of natural disasters: an earthquake, a volcanic eruption, a hurricane, and a blizzard,” according to the New York State Attorney’s lawsuit against Purdue Pharma.

“He said: ‘the launch of OxyContin Tablets will be followed by a blizzard of prescriptions that will bury the competition. The prescription blizzard will be so deep, dense, and white…’”

Over the next two decades, that prescription blizzard coincided with a growing U.S. opioid epidemic.

“Dr. Sackler used this much-quoted phrase in a speech given at the launch of OxyContin because the airports were closed following the historic blizzard of 1996, and he was a day late to the meeting as a result,” David Bernick, an attorney for the Sackler family, said in a statement to Yahoo Finance, adding: “The enthusiasm of Dr. Sackler’s speech also was totally understandable” given the recent FDA approval of the new drug.

‘Purdue Pharma vigorously denies the allegations’
After pleading guilty to criminal charges in 2007 related to fraudulently marketing of OxyContin from late 1995 to 2001, the Sackler dynasty’s company is now being taken to court in civil cases across the country.

In March, Purdue Pharma reached a $270 million settlement with the state of Oklahoma — and that was just the beginning.

As of June 12, 48 states and D.C. filed lawsuits against the company. The Pennsylvania lawsuit was blunt: “Simply stated, Purdue took advantage of addiction to make money.”

Researchers have long dreamed of an Alzheimer’s vaccine. Now it may finally be within reach.
ESPN founder Bill Rasmussen announces he has Parkinson’s disease