Researchers have long dreamed of an Alzheimer’s vaccine. Now it may finally be within reach. 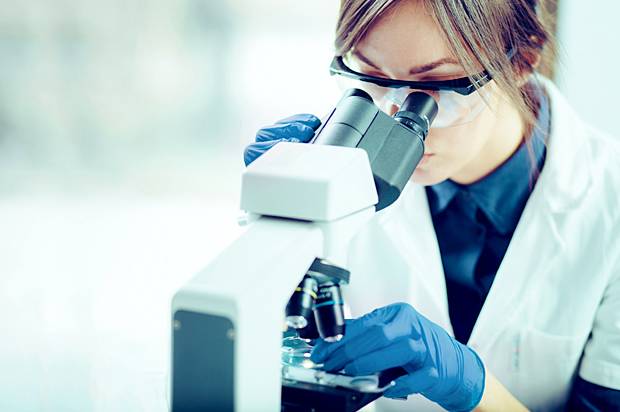 Posted by lifeinsight No Comments on Researchers have long dreamed of an Alzheimer’s vaccine. Now it may finally be within reach. Uncategorized

Researchers have long dreamed of an Alzheimer’s vaccine. Now it may finally be within reach.

Acure for Alzheimer’s Disease does not exist just yet, but researchers at the University of New Mexico (UNM) are one step closer to finding one.
Alzheimer’s disease, a progressive memory disorder, affects an estimated one in three seniors worldwide — a total of 43 million people. Researchers believe the disease is caused by a slow-moving destruction of brain cells that is related to a protein called tau. More specifically, neurofibrillary tangles (NFTs), collections of saturated tau proteins, are a primary marker of Alzheimer’s disease. In a new research paper published in NPJ Vaccines, researchers reported they have developed a vaccine using virus-like particles to eliminate the tau tangles in mice who were bred to develop similar symptoms as human Alzheimer’s patients.

“We’re excited by these findings, because they seem to suggest that we can use the body’s own immune system to make antibodies against these [tau] tangles …. these antibodies actually bind and clear these tau tangles,” Nicole Maphis, a PhD candidate in UNM’s Biomedical Sciences Graduate Program, said in a media statement.

When the vaccine was given to mice, they developed antibodies to clear the tau protein from their brains. The tau-clearing antibodies lasted for months in the mice’s brains. The mice who were tested also performed better in maze-like tests, had less brain shrinkage during an MRI scan, and fewer tangles in both the cortex and the hippocampus — areas in the brain that are destroyed by Alzheimer’s.

While this has just been successfully tested in mice, researchers are looking to obtain funding to commercialize the vaccine to move forward and test it in human patients, too.

Other recent pharmaceutical research has suggested that a cure for Alzheimer’s might not be that far off.

Earlier this month, The Washington Post published a report claiming that researchers from Pfizer found that its rheumatoid arthritis therapy drug Enbrel reduced the risk of Alzheimer’s disease by 64 percent. According to the report,  Pfizer opted not to investigate those results further, nor did they opt to make public the research, which involved an analysis of hundreds of thousands of insurance claims.

“Enbrel could potentially safely prevent, treat and slow progression of Alzheimer’s disease,’’ a document obtained by the Washington Post stated.

Pfizer said it did not make this information public because the drug did not directly reach brain tissue.

“Any science that has promise for Alzheimer’s disease and other dementias and is not genuinely pursued, or shared with the research community, does a disservice to the millions of individuals facing the disease today and in the future,” Maria C. Carrillo, Ph.D., chief science officer for the Alzheimer’s Association, said of the report. “Alzheimer’s is a personally devastating and fatal disease, the sixth leading cause of death in the United States, with the number of people impacted by the disease increasing daily.”

Parkinson’s Brain Damage Reversed in Study
How an American billionaire predicted — and then profited from — the U.S. opioid epidemic.