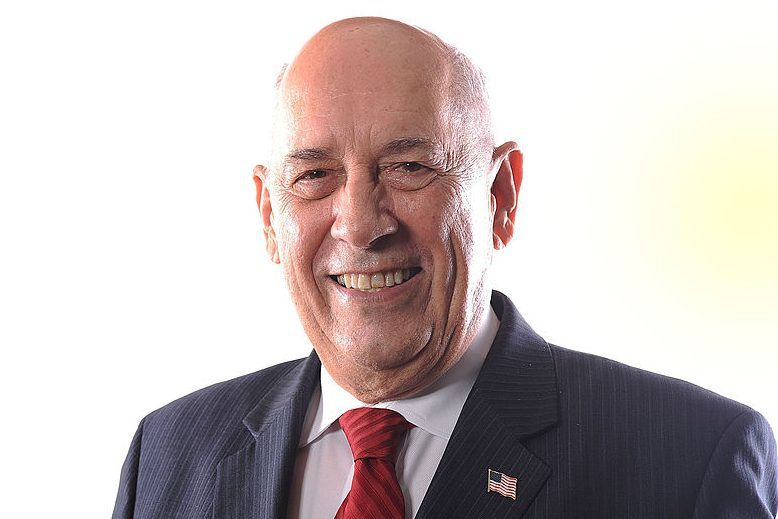 Rasmussen, 86, co-founded ESPN in 1979 alongside his son, Scott. He said he was diagnosed with the disease in 2014 but chose to share his condition now on a public platform in an effort to help others. Nearly 1 million people in the U.S. will be affected by the disease by 2020, according to parkinson.org.

“Now, by expanding the circle, by sharing my experiences, my hope is that I can help others who are impacted by Parkinson’s and we’ll all learn more together,” Rasmussen wrote.

Rasmussen will throw out the ceremonial first pitch alongside current ESPN president Jimmy Pitaro on Sept. 8 at Fenway Park when the Boston Red Sox host the New York Yankees.

“I’ll be talking a lot about PD in the weeks and months ahead — not as a victim, but as living, breathing proof that when you or a loved one hears the dreaded words, ‘You have Parkinson’s disease,’ life is not over — it’s just the beginning of a new chapter,” Rasmussen wrote.

Parkinson’s is a neurodegenerative disorder that affects the brain and results in the progressive loss of coordination and movement.

Rasmussen said that while he didn’t feel different at first, his growing issues — shaking hands, a slower gait and balance issues — pushed him to share his diagnosis.

Rasmussen said his daughter Lynn is a registered nurse and his family has been “on this journey with me.”

Rasmussen was originally the company’s first president and CEO before being removed from power shortly before the September launch in July. In September of 1980, Rasmussen left the company but has remained a public figure in ESPN’s legacy over the last four decades.

How an American billionaire predicted — and then profited from — the U.S. opioid epidemic.
Parkinson’s Brain Damage Reversed in Study