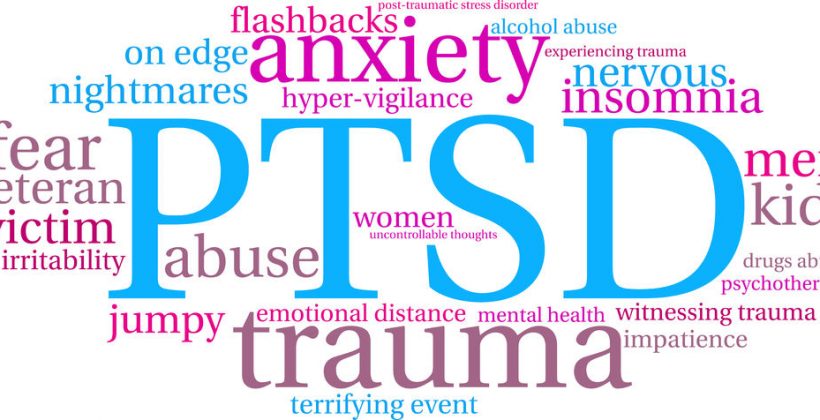 PTSD, originally known as “shell shock,” is an anxiety-related mental health disorder that occurs after an extremely stressful event, such as a sexual assault, physical violence, or military combat. It was originally thought to only impact soldiers – – hence the name “shell shock” – – and some early observers of the phenomenon incorrectly linked it to weak character or a lack of moral fiber. But as psychologists understanding of PTSD expanded, they recognized that it can occur after nearly any traumatic event, and is not a sign of weakness or poor character. It was officially recognized as a mental health disorder in the DSM-3, which was released in 1980.

Those suffering from PTSD may have frequently recurring memories of the stressful event, and often report feeling anxious or scared even in the absence of danger. More intense flashbacks and terrifying nightmares are common symptoms as well, as is a faulty fight-or-flight response. These symptoms are thought to be the result of changes in the brain and body that affect hormone production –– particularly adrenaline –– and cause the brain to respond incorrectly to situations that “trigger” the individual.

In the United States, PTSD affects about 8 million American adults, with women and greater risk than men. Treatment –– which usually centers around talk therapy, but can also include medication in certain cases -– can help patients manage anxiety related symptoms and learn to respond to triggering situations in healthier ways.

Why Do Some People Develop PTSD and Other People Do Not?

It is important to remember that not everyone who lives through a dangerous event develops PTSD. In fact, most people will not develop the disorder.

Many factors play a part in whether a person will develop PTSD. Some examples are listed below. Risk factors make a person more likely to develop PTSD. Other factors, called resilience factors, can help reduce the risk of the disorder.

Some factors that increase risk for PTSD include:

Some factors that may promote recovery after trauma include:

Researchers are studying the importance of these and other risk and resilience factors, including genetics and neurobiology. With more research, someday it may be impossible to predict who is likely to develop PTSD and to prevent it.

Do Children React Differently Than Adults?

Children and teens can have extreme reactions to trauma, but her symptoms may not be the same as adults. And very young children, the symptoms can include:

Bedwetting, after having been toilet trained

Forgetting how old or being unable to talk

Acting out the scary event during playtime

Being unusually clingy with a parent or other adult

Did you know the estimated number of combat service members, veterans who suffer from signature ones such as invisible injuries of combat trauma, traumatic brain injury (or both) is 1 in 3? The signature who is included painful symptoms such as flashbacks, avoidance, isolation, hyper arousal reactions including anger outbursts.

Today, there are many terms to describe combat trauma, Post-Traumatic Stress Disorder (PTSD) and Operational stress. The struggles are what many servicemen and women deal with after exposure to life-threatening situations. Whether one witnesses, or is directly involved with the event, I can have profound psychological effects and the individual.

Combat trauma and/or PTSD leaves SM/vets with multiple symptoms such as flashbacks, avoidance, isolation, and hyper-arousal reactions including anger outbursts, tension and hyper-vigilance. These emotional and behavioral changes can have devastating effects and someone’s into personal life, but also their family and work like that as well. If left untreated, PTSD can spiral into other problems such as panic disorder, substance abuse, depression, and suicidal feelings.

Spouses and children can be directly affected by these in the Invisible injuries and their side effects. How? A spouse may become a “caregiver” and have to abandon the role as a wife or husband, in order to deal with the daily crisis resulting from untreated PTSD, while a child, whose parent has PTSD, may develop anxiety and self esteem issues.

Mild Traumatic Brain Injury (MTBI) and post-concussive This order is our terms used to describe head injuries most experienced by service members, veterans. Injuries from MTBI, like PTSD, are not visible so the person does it look injured. The symptoms are inconsistent. Sometimes your brain is working stronger and you’re OK, or sometimes you struggle. Family members are the first to notice the changes and the first of our victim to the negative impact that comes with lack of diagnosis and treatment.

Mild Traumatic Brain Injury in SM is typically the result of the direct and blunt trauma to the head or a blast injuries. The resulting effects of these are displayed over the course of time. Anywhere from immediately after the injury or, they may begin to demonstrate the signs days or weeks after the injury. Some signs of MTBI are, being dazed, confused or disoriented. A person does not have to lose consciousness to incur MTBI. Other signs include issues with memory, concentration, balance, blurred vision, sensitivity to light, speech and mood changes. Historically, the effect of the brain injuries will be all encompassing of one’s life. As with PTSD, the individual, family and work life all suffer as a result of the changes to the person’s capability, which is why education is a key factor.

There are so many variables when discussing PTSD and other mental health illnesses. Shedding light on just a few to bring awareness to the possibility of newer, more advanced and better treatments and one day even cures is what, LifeInSight Biotherapeutics Foundation, a 501(c)(3) non-profit organization has set out to do.

More than bringing awareness, LifeInSight Biotherapeutics was established to fund collaborative research designed to optimize treatments for mental illness and substance use disorders.