Suicide – What is Suicide? 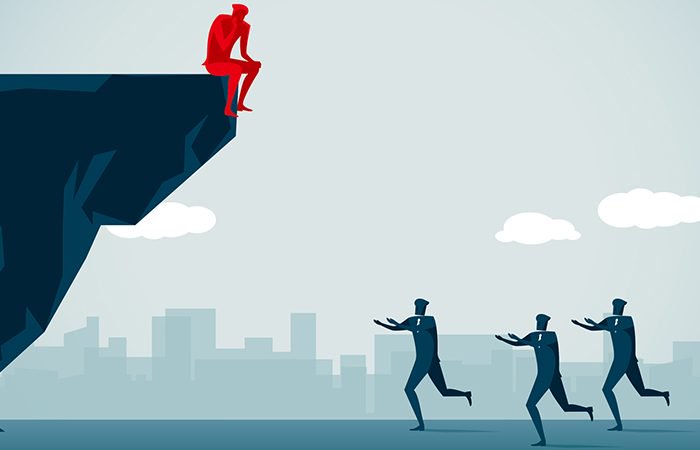 Posted by lifeinsight No Comments on Suicide – What is Suicide? Uncategorized

Suicide – What is Suicide?

Suicide is when people direct violence at themselves with the intent to in their lives, and they die because of their actions. It’s best to avoid the use of terms like “committing suicide” or a “successful suicide” when referring to a death by suicide as these terms often carry negative connotations.

A suicide attempt is when people themselves with the intent to end their lives, but they do not die because of their actions. Source

Suicidal thoughts or behaviors are both damaging and dangerous and are therefore considered a psychiatric emergency. Someone experiencing these thoughts should seek immediate assistance from a health or mental health care provider. Having suicidal thoughts does that mean someone is weak or flawed.

Is There Imminent Danger?

Any person exhibiting these behaviors should get care immediately:

Research has found that more than half of people (54%) who died by suicide did not have a known mental health condition. A number of other things may put a person at risk of suicide, including:

Do People Threaten Suicide to Get Attention?

Why Do Some People Become Suicidal While Others With Similar Risk Factors Do not?

Most people who have the risk factor for suicide will not kill themselves. However, the risk for suicidal behavior is complex. Research suggests that people who attempt suicide may react to events, think, and make decisions differently than those who do not attempt to suicide. These differences happen more often if a person has a disorder such as depression, substance abuse, anxiety, borderline personality disorder, and psychosis. Risk factors are important to keep in mind; however, someone who has warning signs of suicide may be in more danger and require immediate attention.

What If Someone Is Posting Suicidal Messages on Social Media?

Instagram users are made of tools in the app to provide resources, which can also be found online at:

https://help.instagram.com [use the search term, “suicide,” self-injury,” or “suicide prevention”].

https://support.snapchat.com [use the search term, “Suicide” or “suicide prevention”]

Tumblr Counseling and prevention resources webpage can be found at: https://tumblr.zendesk.com [use the search term, “counseling” or “prevention”]

Twitter’s best practices in dealing with self harm and suicide at: https://support.twitter.com [use the search term, “suicide,” self-harm” or suicide prevention].

YouTube’s Safety Center Webpage can be found at https://support.google.com/youtube [use the search term “suicide and self injury”].

If you see messages or live streaming suicidal behavior and social media, call 911 or contact the toll-free national suicide prevention lifeline at one 800-273-talk (8255), or text the Crisis Text Line (text home to 741741) available 24 hours a day, 7 days a week. Source

How to Talk to Someone Who Is Suicidal

There are many myths about suicide, and one is the mistaken belief that talking about it to a person in danger encourages the act. If I love them and express his thoughts or plans of suicide, it’s essential to initiate a conversation. It is wise to approach the discussion by then a fine concrete resources such as a therapist or suicide prevention hotline, and to conclude the conversation with the stated commitment to follow up with the person over time.

Be direct with the person by asking the following questions:

What Is Suicide Contagion?

Suicide contagion is an increasing suicide attempts and completed suicides following exposure to a suicide in the media or one’s personal circle. The suicide of a prominent celebrity or a member of a specific community, such as the military or an elementary school, have been shown to correlate with a rise in suicide. Although many studies have reported the correlation, they cannot conclude that exposure caused the elevated rates.

Those who are especially susceptible to suicide contagion, also referred to as a copycat suicide, include adolescence, people who already struggle with suicidal thoughts, and people with mental health conditions such as depression, bipolar disorder, and post-traumatic stress disorder.

The phenomenon may occur, in part, due to the tendency to learn from important or relevant figures and because the idea may be more prominent in one’s mind.

Suicide contagion can be curbed. The American Foundation for Suicide Prevention issued media guidelines that many publications have adopted, such as not detailing the method used to kill oneself, not suggesting that the death was due to a simple reason or achieve the goals such as fame or revenge, and perhaps most important, listing resources to help those struggling.

Additional facts about suicide in the US

In 2017, the highest suicide rate 20.2 was among adults between 45 and 54 years of age. The second highest rate 20. One occurred in those 85 years or older. Younger groups have had consistently lower suicide rates of been middle-aged and older adults. In 2017, adolescents and young adults age 15 to 24 had a suicide rate of 14. 46.

In 2017, the highest US age adjusted the suicide rate was among whites 15.85 and the second highest rate was among American Indians and Alaska natives 13.42. Much lower and roughly similar rates were found among black or African-Americans 6.61 and Asians and pacific islanders 6.59.

Note that the Center for disease control and prevention (CDC) records Hispanic origin separately from the primary racial or ethnic groups of white, black, American Indian or Alaskan native, and Asian or Pacific Islander, Since individuals in all groups may also be Hispanic.

(For more statistics and source-)