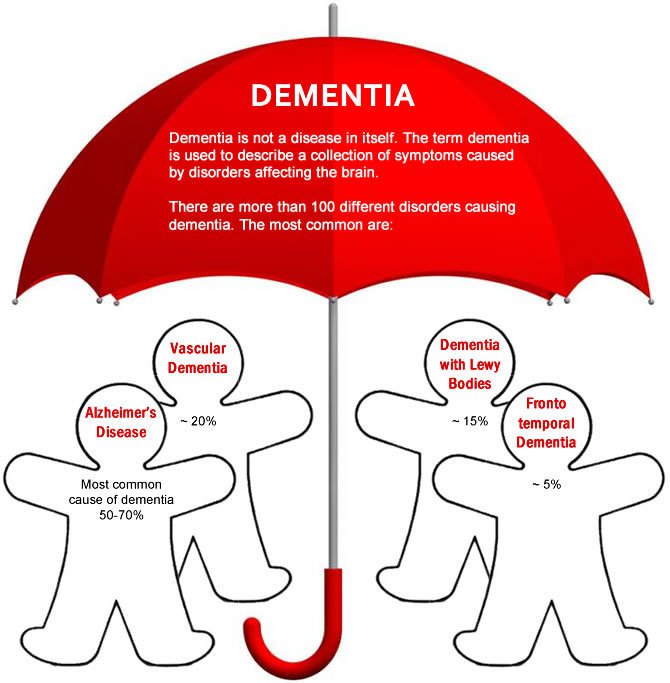 Posted by lifeinsight No Comments on Dementia vs Alzheimer’s  Uncategorized

Dementia is the name of a group of brain disorders that make it hard to remember, think clearly, making decisions, or even control your emotions. Alzheimer’s disease is one of those disorders, but there are many different types of causes of dementia. Dementia isn’t just about simple memory mishaps – – like forgetting someone’s name or where you parked. A person with dementia has a hard time with at least two of the following:

Since some types of dementia share similar symptoms, it can be hard for doctor to figure out which one you or your loved one has. Be sure to tell him about all symptoms, medication and alcohol use, and previous illnesses to help him make the right diagnosis.

This is the most common type of dementia. About 60% to 80% of people who have dementia have Alzheimer’s. It’s a progressive condition, which means it gets worse over time, and it usually affects people over 65 years old. There is currently no cure.

It happens one proteins called plaques and fibers called tangles build up in your brain and block nerve signals and destroy nerve cells. Memory loss may be mailed out first, but symptoms become worse over time.

It gets more difficult to carry on a conversation or perform everyday tasks. Confusion, aggression, and mood changes are other common symptoms.

A doctor can’t say you have Alzheimer’s with absolute certain tea, but there are things he can do to be fairly short. They include tests of your attention, memory, language, and vision, and looking at images of the brain. These images are taken with an MRI (magnetic resonance imaging), which uses powerful magnets and radio waves to make detailed pictures. Source

If you or your loved one is experiencing memory problems, don’t immediately conclude that it’s dementia. The person needs to have at least two types of impairment that significantly interfering with every day life to receive a dementia diagnosis

Trouble with memory can be an early symptom of dementia. The changes are often Soto intent to involve short term memory. An older person may be able to remember events that took place years ago but not what they had for breakfast.

Other symptoms of changes in short-term memory include forgetting where they left an item, struggling to remember why they entered a particular room, or forgetting what they were supposed to do on any given day.

Another only symptom of dementia is struggling to communicate thoughts. Good person with dementia may have difficulty explaining something or finding the right words to express themselves. Having a conversation with a person who has dementia can be difficult, and they may take longer than usual to conclude.

A change in mood is also common with dementia. If you have dementia, it isn’t always easy to recognize this in yourself, but you may notice this change in someone else. Depression, for instance, it’s typical of early dementia.

Apathy, or listlessness, commonly occurs in early dementia. A person with symptoms could lose interest and hobbies or activities. They may not want to go out anymore or do anything fun. They may lose interest in spending time with friends and family, and they may seem emotionally flat.

A subtle shift in ability to complete normal tasks may indicate that someone has early dementia. This usually starts with difficulty doing more complex tasks like balancing a checkbook or playing games that have a lot of rules.

Along with the struggle to complete familiar tasks, they may struggle to learn how to do new things or follow new routines.

Someone in early stages of dementia may often become confused. When memory, thinking, or judgment lapses, confusion may arise as they can no longer remember faces, find the right words, or interact with people normally.

Confusion can occur for a number of reasons and apply to different situations. For example, they may misplace their car keys, forget what comes next in the day, or have difficulty remembering someone they’ve met before.

Difficulty following storylines may occur due to early dementia. This is a classic early symptom. Just as finding and using the right words become difficult, people with dementia sometimes forget the meanings of words to hear or struggle to follow along with conversations or TV programs.

8. A failing sense of direction

The sense of direction and spatial orientation commonly starts to deteriorate with the onset of dementia. This could mean not recognizing once-familiar landmarks and forgetting regularly used directions. It also becomes more difficult to follow a series of directions and step-by-step instructions.

Repetition is common in dementia because of memory loss and general behavioral changes. The person may repeat daily tasks, such as shaving, or they may collect items obsessively. They also may repeat the same question in a conversation after they’ve been answered.

10. Struggling to adapt to change

For someone in the early stages of dementia, the experience can cause fear. Suddenly, they can’t remember people they know or follow what others are saying. They can’t remember why they went to the store, and they get lost on the way home. Because of this, they may crave a routine and be afraid to try new experiences. Difficulty adapting to change is also a typical symptom of early dementia. Source

The symptoms of Alzheimer’s disease worse in overtime, although the rate at which the disease progresses varies. On average, a person with Alzheimer’s lives 4 to 8 years after diagnosis, but can live as long as 20 years, depending on other factors.

Changes in the brain related to Alzheimer’s begin years before any signs of the disease. This time period, which can last for years, is referred to as preclinical Alzheimer’s disease.

The stages below provide an overall idea of how abilities change once symptoms appear and should be used as a general guide. (Dementia is a general term to describe the symptoms of mental decline that accompany Alzheimer’s and other brain diseases.) Be aware that It is difficult to place a person with Alzheimer’s in a specific stage as stages may overlap.

In the early stage of Alzheimer’s, a person made function independently. He or she may still drive, work and be part of social activities. Despite this, the person may feel as if he or she is having memory lapses, such as forgetting spent Milyer words or the location of everyday objects.

Friends, family or others close to the individual begin to notice difficulties. During a detailed medical interview In the early stage of Alzheimer’s, a person may function independently. Here she may still drive, work and be part of social activities. Despite this, the person may feel as if he or she is having memory lapses, such as forgetting familiar words or the location of everyday objects.

Friends, family or others close to the individual begin to notice difficulties. During a detailed medical interview, doctors may be able to detect problems in memory or concentration. Common difficulties include

Moderate Alzheimer’s is typically the longest stage and can last for many years. As the disease progresses, the person with Alzheimer’s law require a greater level of care.

During the moderate stage of Alzheimer’s, the dementia symptoms are more pronounced. A person may have a greater difficulty performing tasks, such as paying bills, but they may still remember significant details about their life.

You may notice the person with Alzheimer’s confusing words, getting frustrated or angry, or acting in unexpected ways, such as refusing to bathe. Damage to nerves cells in the brain can make it difficult to express thoughts and perform routine tasks.

At this point, symptoms will be noticeable to others and may include:

In the final stage of this disease, dementia symptoms are severe. Individuals lose the ability to respond to their environment, to carry on a conversation and, eventually, to control movement. They may still say words or phrases, but communicating pain becomes difficult. As memory and cognitive skills continue to worsen, significant personality changes may take place and individuals need extensive help with daily activities.

At this stage, individuals may:

There’s no cure for dementia, and current treatments cannot reverse the damage. Treatment options may vary on the type of dementia.

Treatments for Alzheimer’s disease, for example, aim to relieve symptoms and could involve:

Positive lifestyle changes are an important part of general health, and they may help prevent or slow the progression of Alzheimer’s disease and other forms of dementia.

Some lifestyle changes may include following a diet and engaging in regular physical Activity. However, confirming the benefits of these changes will require additional research.

Treating people with Alzheimer’s disease or other forms of dementia is very challenging. It is important to help people keep as much of their independence as possible and to provide support when necessary.

The outlook for people with dementia depends on how early it specialist diagnoses and treats their condition. It is possible, depending on the type of dementia, to detect symptoms early enough for the individual to live for many more years and maintain a high quality of life as possible.

Dementia in general and Alzheimer’s disease in particular are progressive disorders with no available cures. Treatments can help slow down the degeneration, but cannot prevent it.

The rate of cognitive decline varies considerably, but it can have a serious impact on quality of life. Source